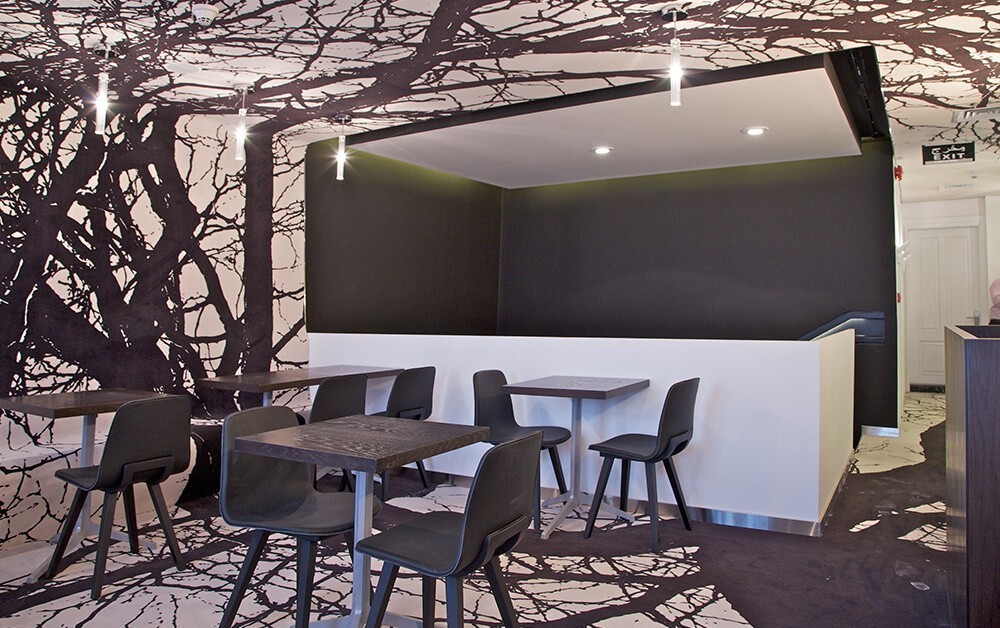 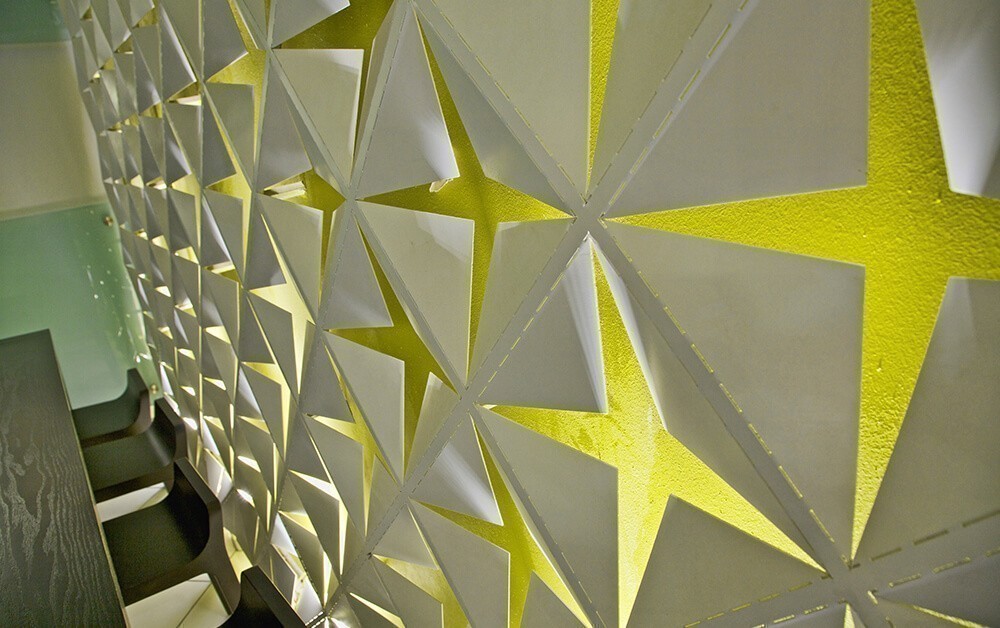 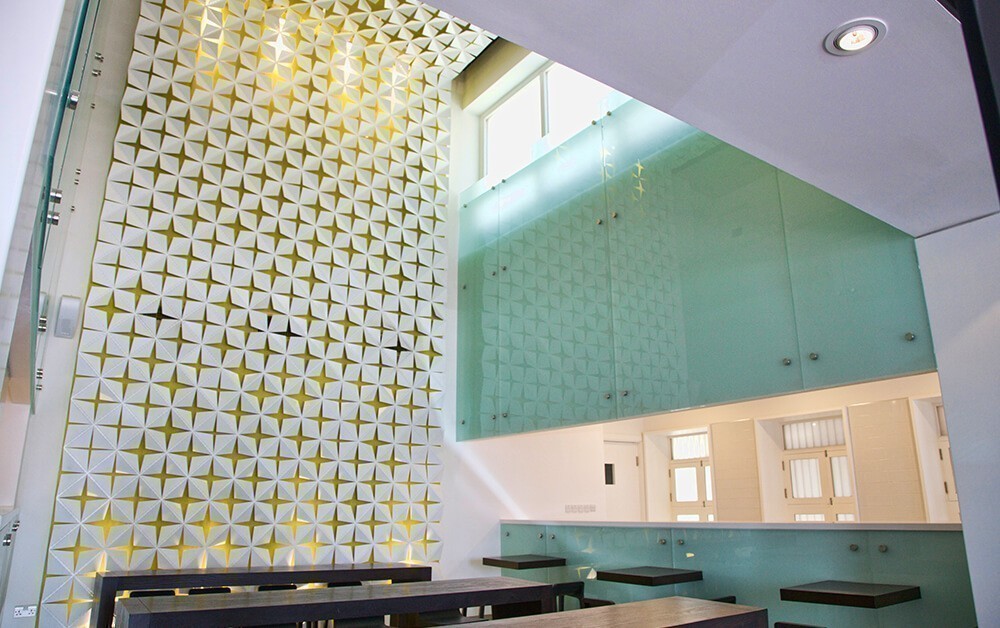 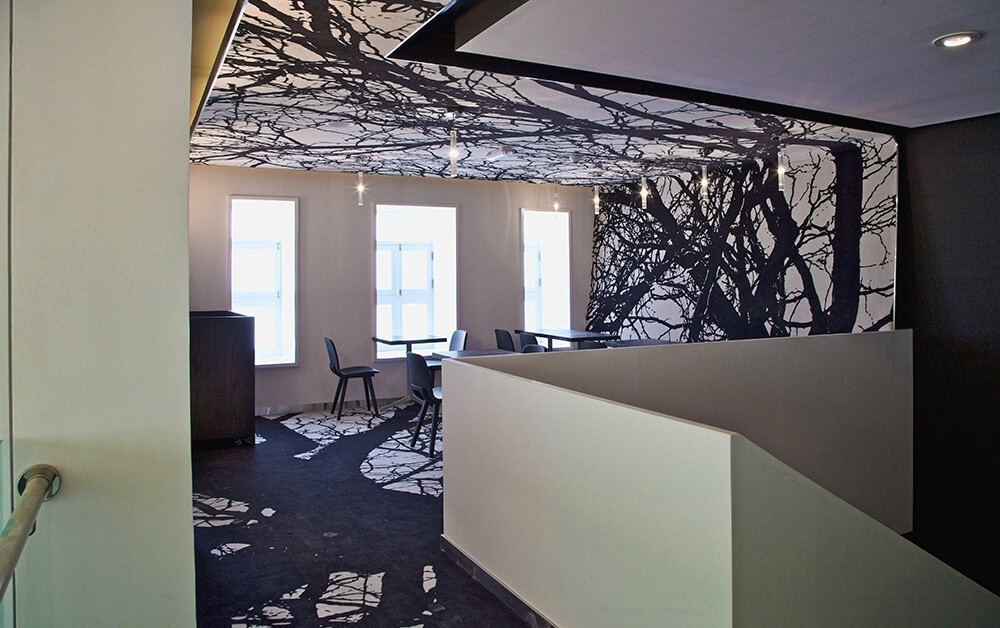 TKI was appointed to design the interiors and Branding for the restaurant Wasabi, located in the Layalina area of Kuwait City.

As part of the Epicure Group's expanding portfolio, taking inspiration from traditional Japanese art forms – Origami (folding), Kirigami (cutting) and print making – and the wasabi root, Wasabi’s interior design has been developed to present a unique and memorable experience.

TKI has used three traditional and sophisticated Japanese art forms of paper manipulation and print making as inspiration for the design of the restaurant. The ancient art techniques of Origami and Kirigami are used both literally and metaphorically in crafting multiple spaces in the restaurant. Three separate folds were created within the interior space to provide three very different atmospheres. The first fold was inspired by Origami and defines the entrance.  This undulating and creased fold literally wraps around the space from floor to wall to ceiling and back to the floor.

It is formed by flat panels of pressed linear bamboo strips, an ecologically conscious material made of renewable resources that is also incredibly strong, lightweight and durable.

The second fold defines the lofty and light filled two storey connection between the first floor and the second floor at the heart of the restaurant.  It also spatially connects the ground floor seating area to the grill and the sushi counter. The design of this metal fold interprets the traditional techniques of Kirigami in a modern way.  The design and fabrication was controlled digitally which allowed greater control over the pattern and the effects of light and shadow on the surface and in the space. The surface of the metal was laser cut and etched and then assembled and folded to create the wall.

The third fold is a printed textile fold which recalls the printed shoji screen. The image of a mature tree literally wraps the floor, wall and ceiling of the second floor dining area connecting to the outside dining terrace.